Karen entered the coaching world with a very robust resume, having previously worked as a university professor, president of a semiconductor manufacturing company, and investment advisor in estate planning.

When she began coaching, Karen was able to offer those business insights to her clientele – an edge that most other coaches could not offer. Because of her own successful background in corporate, Karen has nurtured a passion for supporting other talented coaches who need the structure to grow and thrive with ease and joy.

Partnered With Red Cape On: July 2019 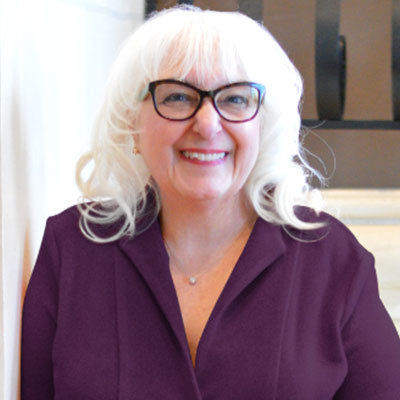 What challenge did Karen want Red Cape to address?

Karen is a coach’s coach and a deeply ambitious one at that. When she launched her flagship coaching program Coaches Quick-Start Intensive (QSI), Karen took on the end-to-end aspects of her business; managing the marketing, logistics, and delivery herself.

Eventually, details started slipping through the cracks when Karen noticed little things like expired pricing on her website that still hadn’t been updated days later.

Why did Karen face this challenge?

While naturally detail-oriented, Karen found that managing the end-to-end details of her business was extremely draining as this wasn’t her Zone of Genius. This eventually became a snag in her process as she was dealing with so many moving parts; for so many different programs.

At this time, Karen also found herself doing customer service delivery as part of her steadily mounting list of business duties, drastically taking her time and energy away from her genius work.

That led Karen to create her Quick-Start Intensive program so that she could simplify her business.

What were the initial solutions that Karen tried prior to Red Cape?

Karen initially worked with another marketing person who requested a percentage of the sales and there were numerous meetings that added to Karen’s time without the results that she had hoped for. In addition, she also noticed that the marketer was more of a visionary than an implementer, which presented further obstacles to the partnership.

Balancing between all these moving parts, Karen found herself having to explain what was needed to the marketing person, which became a huge strain on her time and her budget.

Karen also hired someone to help with customer service, which was a very time-consuming part of her business. She is dedicated to excellence in customer service and wanted to make sure that her clients felt well taken care of.

After 6 months of integrating and training, the person she hired asked for double the amount she was making, so Karen took customer service back on herself.

Next, Karen tried working with a few Virtual Assistants from the Philippines, and she found that their graphics didn’t translate very well to her audience. There were also spelling and grammar errors, which she had to correct, taking more of her time.

Karen became resigned to the fact that if she wanted it done well and within budget, she would have to do these things herself.

Why did Karen choose Red Cape?

Tiffany joined Karen’s first flagship coaching program after being introduced to her by a mutual friend.

After the initial group, Tiffany offered her operational expertise to help Karen run her programs more smoothly. Because Karen had worked as Tiffany’s coach, she had an instinct that their partnership would be intuitive and mutually beneficial.

How did Red Cape help Karen solve his challenge?

Karen found Red Cape to be the team she needed to take care of the details without having to manage or check in on the work – knowing it would be delivered as promised.

Working with Tiffany was like having Santa’s elves complete all her tasks overnight. As Karen describes it, “I would send Tiffany an email. I would go to sleep. In the morning, it was done – accurately and just the way I wanted it. It was like magic!”

As time went by, Karen found that Tiffany and Red Cape could do so much more and started delegating other aspects of her marketing and operations. Relief hit when she found that she could now confidently become the face of her business and take care of sales and delivery, while Red Cape would handle everything in the background.

Karen puts it succinctly, “I never had to even think about it. I never had to have a test email sent to me. Everything just got done perfectly.”

How did the solution impact Karen’s business?

Karen was delighted to find that at the end of the first year with Red Cape, her profits doubled, and have continued to increase dramatically every year. She found the partnership to be seamless, with Red Cape capable of performing without regular guidance, check-ins, or feedback.

Now able to fully focus on her genius work, Karen has experienced a complete 180 from the way she was used to working with past assistants, where she would need to remind them of tasks, advise on how to bridge gaps, and follow up.

Red Cape was also able to introduce a forward-thinking approach to Karen’s operations by creating a 3- to 6-month momentum to manage, advise on, and plan future projects and avoid reactionary decisions.

What was the timeline of the solution?

Were there any surprising benefits that Karen was also able to receive with Red Cape?

Karen has discovered an end-to-end array of services with Red Cape; moving from operations to marketing to ad-hoc services as needed to increase her impact and innovate in different areas of her business in a very timely manner.

She has minimized her 4-day (and occasional weekend) work week to handling client appointments just 3 days a week.

Were there any additional services that Karen has signed on for?

Karen signed on for operations and marketing, and eventually delegated all of her back-end details to Red Cape to improve her visibility and delivery, create her online programs, handle her customer service, copywriting, graphics and social media, and back-end operations for her programs. Over time, she was also able to receive a complete business rebranding.

She describes her relationship with Red Cape as a well-oiled machine. Three years into the partnership, Karen reports phenomenal growth in her business and describes her current workflow as, “In the process of updating rather than creating.”

What are the long-term benefits that Karen anticipates with Red Cape?

Karen anticipates a very positive outlook for her coaching business. In the near future, she plans to delegate the delivery of her programs to well-trained coaches and take on the role of full-time CEO.

In 2022 alone, Karen was able to match her previous year’s profit within the first 5 months.

She is currently working with Red Cape to launch QS Digital which is a self-paced membership program to augment her flagship course QSI.

In her own words Karen says, “Before Red Cape, I was operating in both my Zones of Excellence and Genius. After Red Cape, I’m operating fully in my Zone of Genius.”

Karen Cappello continues to do life-changing work with leaders and executive coaches to help them create highly beneficial business outcomes with ease and joy.